On the 20th May 2015, which was the second day of the IESC Symposium, the students from NUS Engineering Science Programme organized 2 activities for the Symposium's student participants. The first was a student workshop whereby 40 selected students were divided into three groups and were asked to discuss the following six topics:

1. What sparked your interest in ESP? Was there a particular incident that motivated this interest? 2. What specializations do you think ESP ought to have and why? 3. What do you find most enjoyable in ESP? Share your most memorable piece of advice/lesson/experience during your study in ESP which made a great impact on your life/ influence the way you make future decisions? 4. Compare your current self to the one before entering university. Which aspect(s) of you did ESP change for the better? In another words, how has ESP shaped you for the better? 5. How do you see yourself compared to students from other traditional engineering or science programs? Why? 6. In your opinion, what is the most unique selling point of ESP? What advice do you have for those looking to join ESP?

The participants freely discussed and shared their frank opinions and were able to confirm that they have almost the same conceptual understanding of the engineering science and its future direction. However, they were also aware that the education styles differ from one university to another. 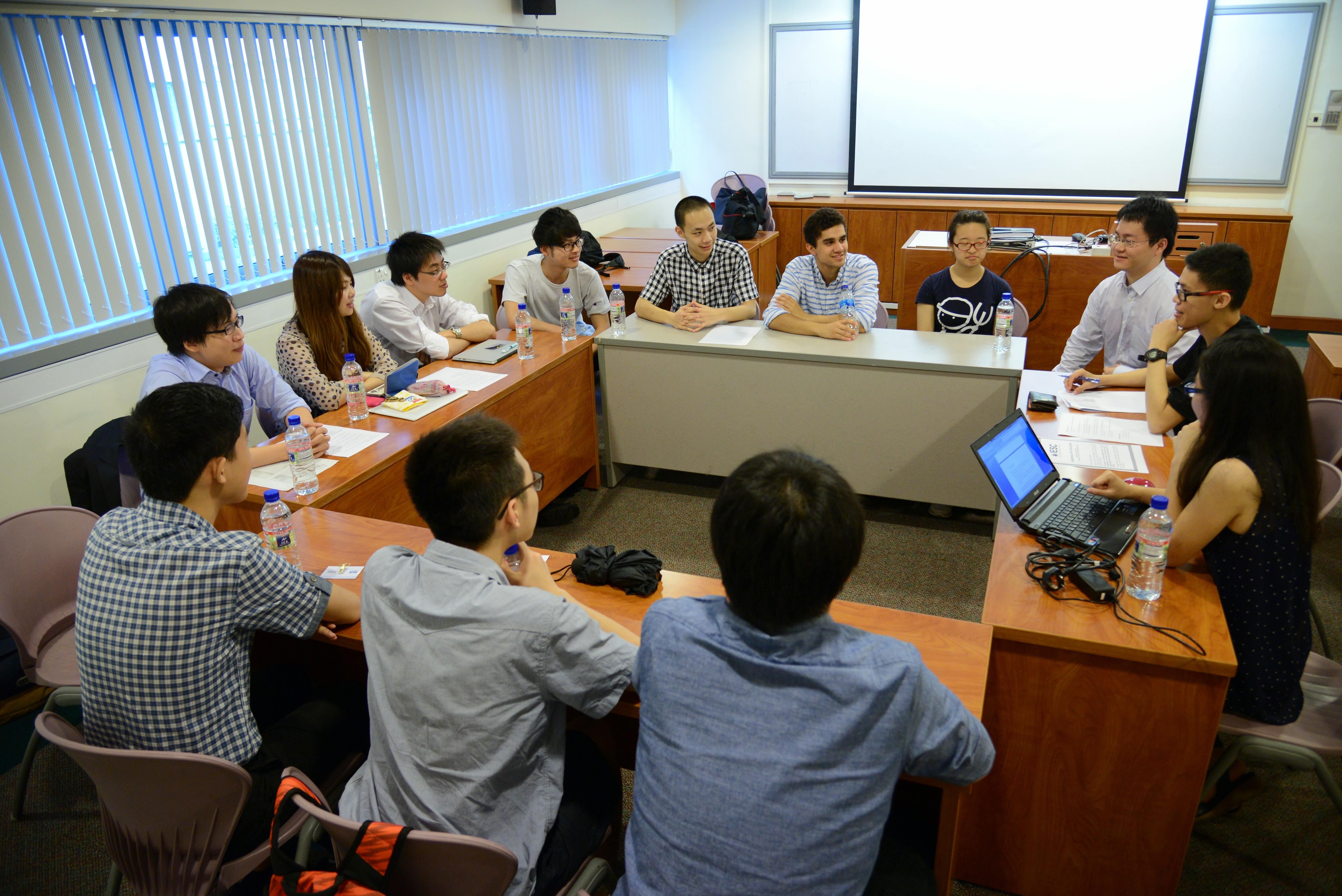 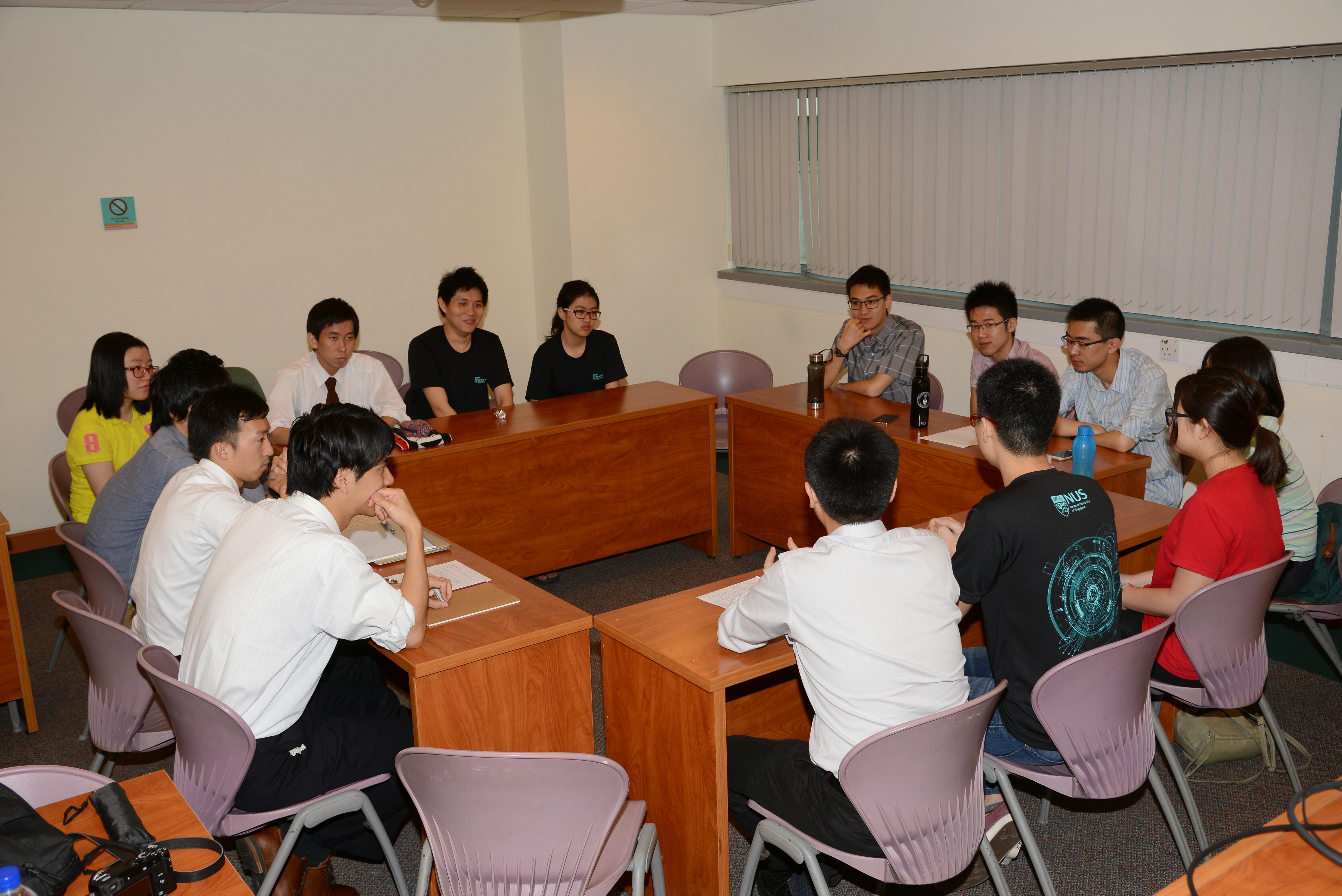 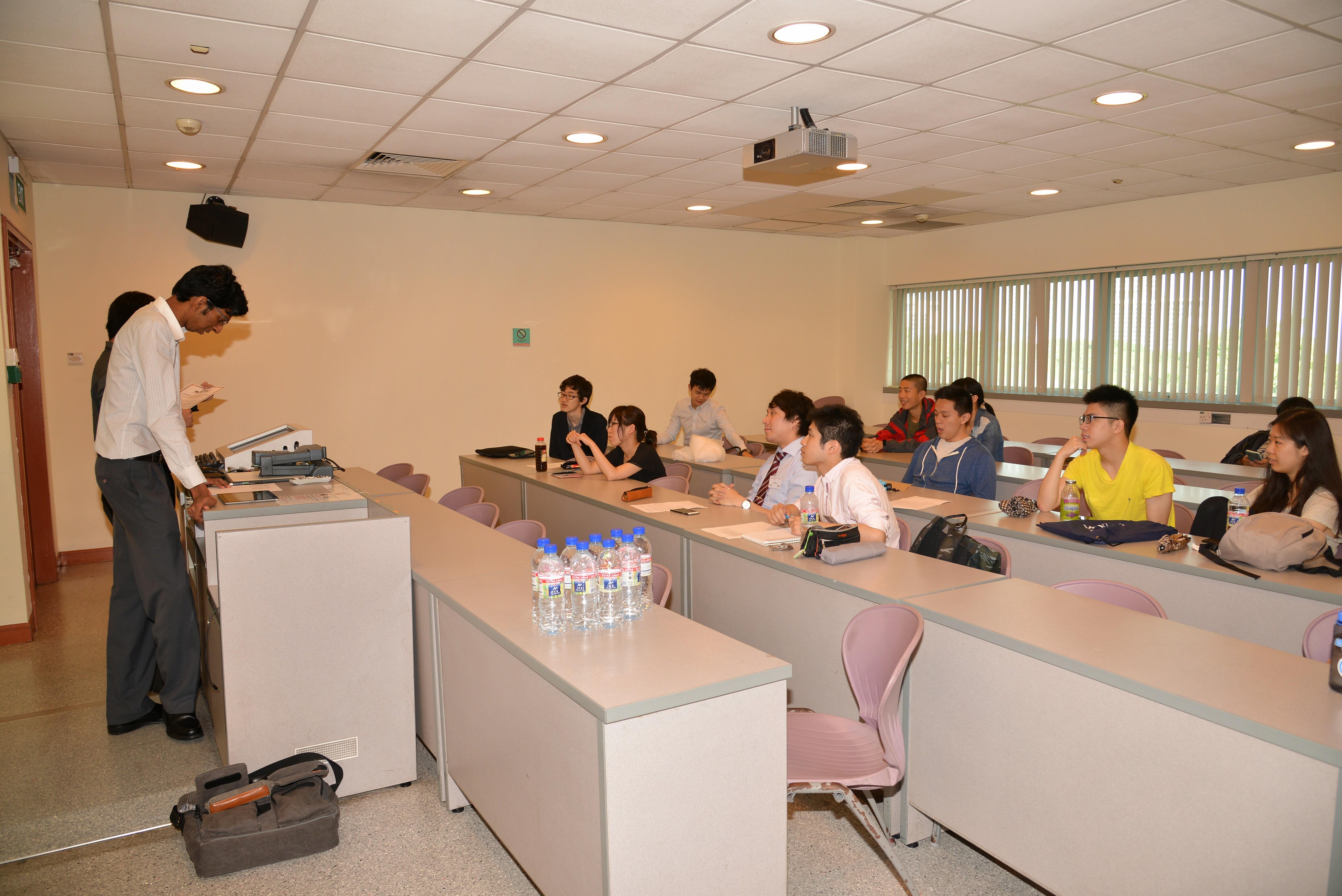 The 2nd activity of the day was a student competition entitled "MARSHMALLOW CHALLENGE". The students, in teams of 4, were given a bag of spaghetti, a long string, a roll of masking tape, a pair of scissors, two sheets of paper, two pencils and a piece of marshmallow. The teams competed to build the tallest structure with the marshmallow at the crown of the structure within 20 minutes without borrowing any support from the room's ceiling! The judges used a measuring tape to determine the height of the structure (i.e. the vertical distance from the base to the marshmallow). 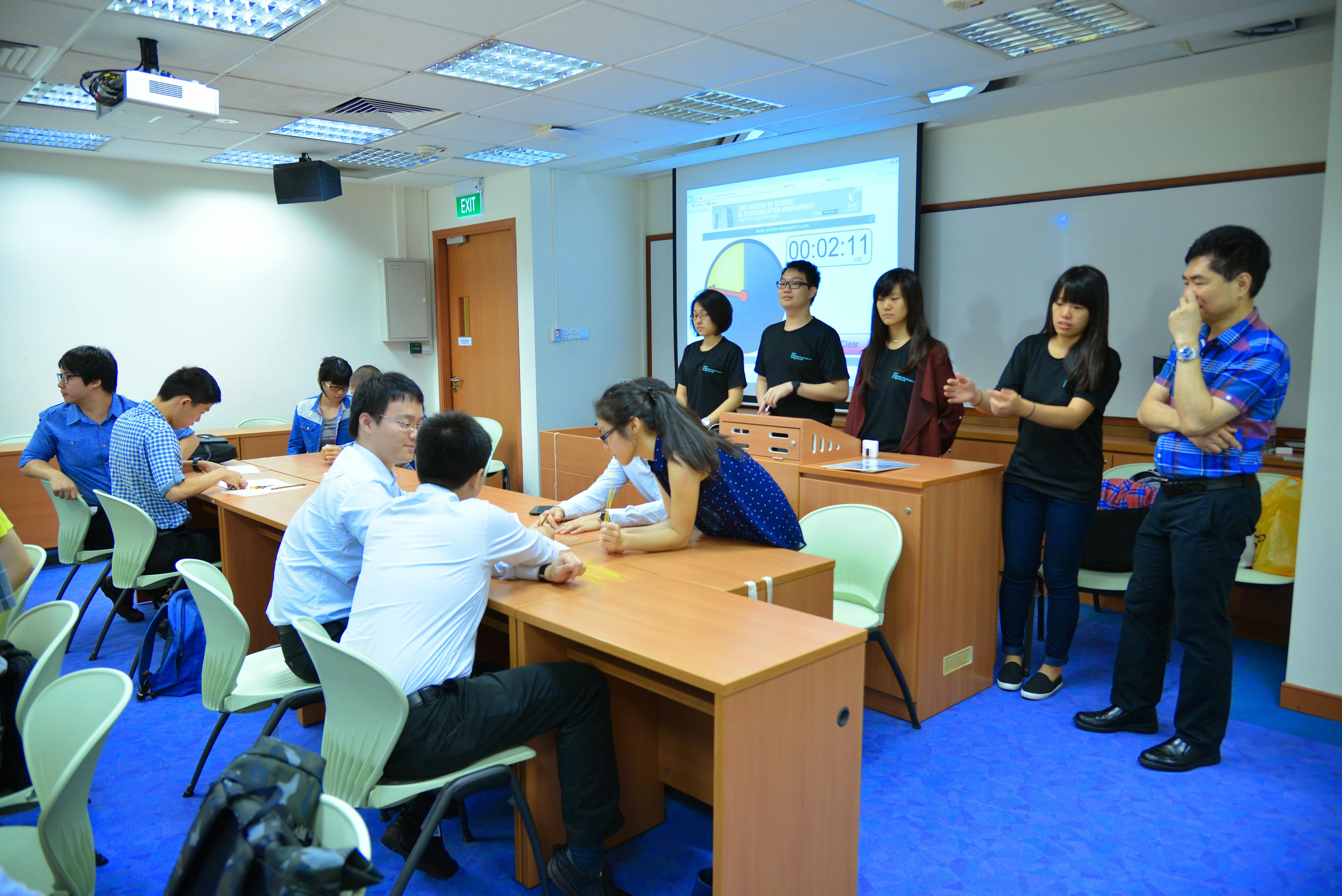 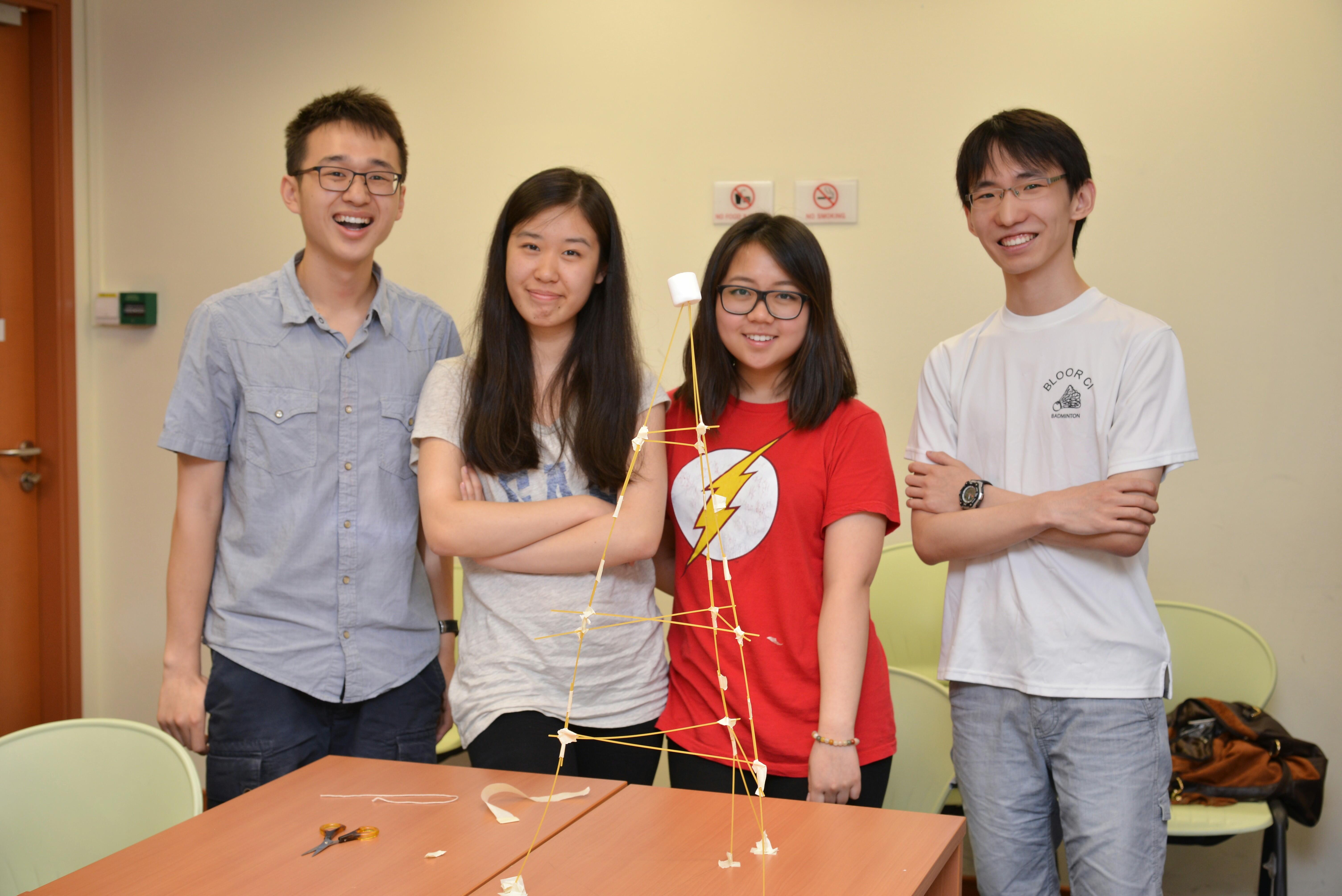 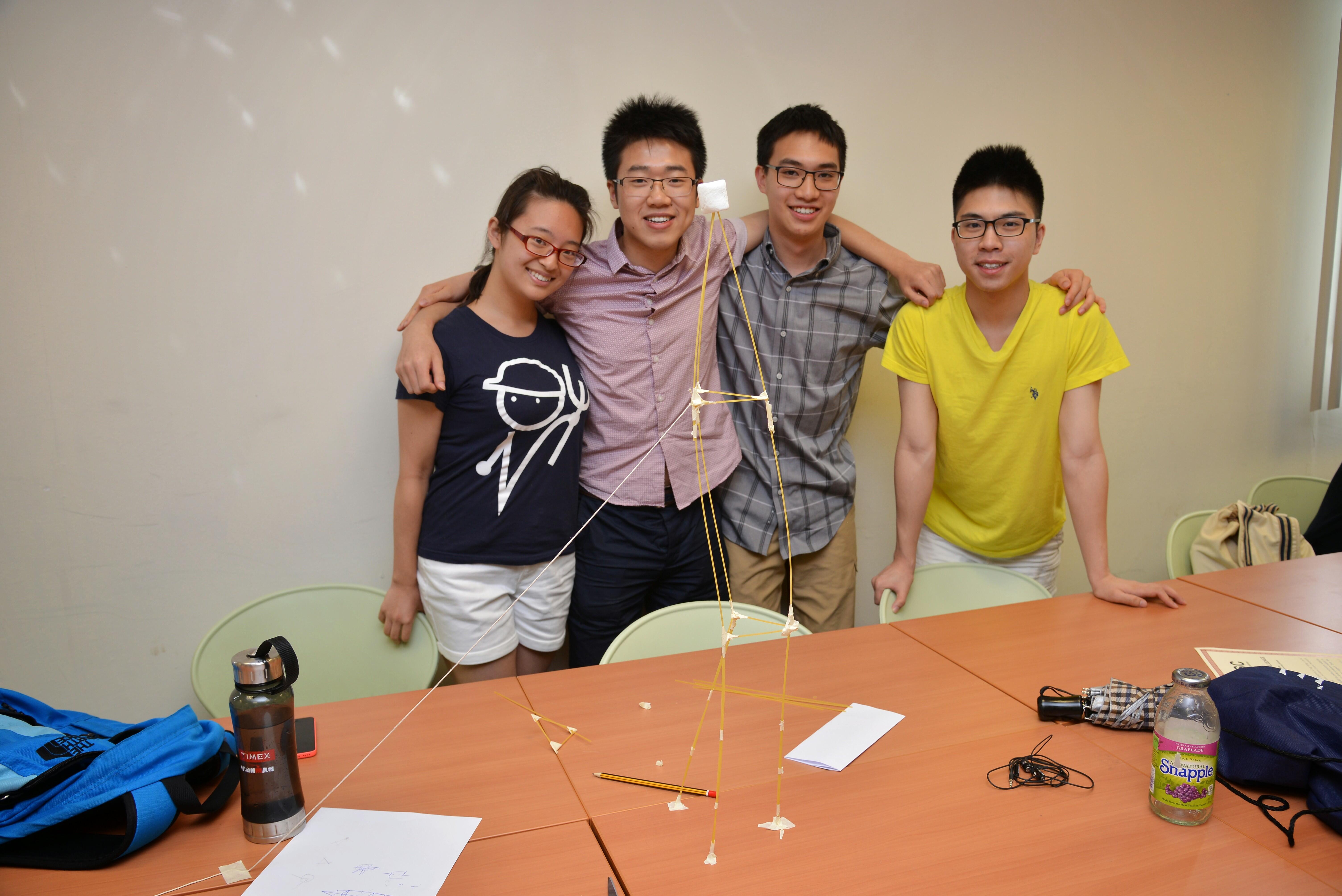 There were 9 teams in total (3 teams from University of Toronto, 3 teams from Osaka University and 3 teams from NUS). It was observed during the competition that although the UoT teams spent more time on drawing and discussion, they used a shorter time in building their structures. Their strategy enabled them to clinch the 1st and 2nd prizes while the 3rd prize was won by the NUS team.

▲ Go back to page top